Behind the perceived outlandishness and eccentricity of Robert Eisenman is a brilliant scholar and generous teacher.

Prof Dr Robert Eisenman isn’t your run-of-the-mill everyday scholar. The stereotype of the boring academic doesn’t apply to him at all.

The moment he arrived at the venue of his talk last month – at Universiti Malaya’s Centre for Civilisational Dialogue – travel bag in tow, he was instantly at ease, speaking easily with people he had just met.

His whirlwind-like persona swept us all into its path during his talk on the Dead Sea scrolls – Prof Eisenman was one of the people instrumental in getting the scrolls released to the public. 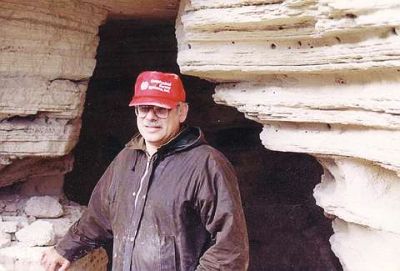 The Dead Sea scrolls were discovered in a desolate, arid place called Qumran on the north-west shore of the Dead Sea, between 1946 and 1956. Over 970 documents were found in 11 caves. The scrolls have courted controversy ever since because of their Biblical and extra-Biblical content, and the question of who actually wrote them continues to be disputed till this day.

Because the scrolls were possessively kept secret for a long time, conspiracy theories arose with some claiming that the Vatican was suppressing information found in the scrolls that was damaging to the church, à la Dan Brown’s The Da Vinci Code. In reality, it was greed and a turf war between scholars that kept the scrolls hidden from the public – scholars wanted to be the first to interpret the texts, for obvious reasons. Today, you can view the fragments of the scrolls on the Internet.

“We said (the scrolls) should be open to anybody,” said Prof Eisenman. “It should be free for anyone – religious, non-religious, Christian, Muslim, Buddhist, whoever – to look at the scrolls for themselves. And the Israelis didn’t want that. They wanted their scholars to see the documents and write the principal work so that their version would be the official interpretation.”

You would expect an academic talk to be monotonous, fact-heavy and as arid as the landscape of Qumran. With Prof Eisenman, though, it was far from that. He gesticulated excitedly, sometimes leaning forward on the lectern, other times turning around to write enthusiastically on the whiteboard. And he peppered his talk with humorous anecdotes, some of which cannot be reproduced in this newspaper.

Anyone who does a quick check on the Internet would find that there is more to Prof Eisenman than just scholarly work. Currently a professor at California State University in Long Beach, California, Prof Eisenman is not just an expert in Middle Eastern religions, Islamic law and archaeology, he is also a “road poet”.

Surprisingly, he started out studying engineering physics at Cornell University and the path somehow led him to philosophy and Middle East studies. (Incidentally, his older brother is famous architect Peter Eisenman who designed the Holocaust Memorial in Berlin, among other iconic structures.)

“When I started in engineering, people didn’t have computers,” said Prof Eisenman. “They had slide rules on their belts. Everybody in engineering at Cornell was considered a nerd. They weren’t considered cool then, not like now. And I was reading Nietzsche, poetry, D.H. Lawrence, James Joyce, and all these sorts of things.”

In between all that, he spent five years (1958 to 1963) travelling the world. His journals have been published as a book entitledThe New Jerusalem: A Millennium Poetic/Prophetic Travel Diario (1959-1962). Incidentally, his travels coincided with the rise of the Beat Generation, the Anerican countercultural movement of the era personified by such writers as Allen Ginsberg, Jack Kerouac and William S. Burroughs. Having traversed the American landscape, Eisenman then took the international route across Europe, the Middle East and overland all the way to India.

He worked in Palestine and on a kibbutz (a collective agriculture-based settlement in Israel) and visited Jerusalem.

“I had no money so I worked on the farms,” explained Prof Eisenman. “I got interested in the Middle East. I was supposed to teach in Iran but there were too many CIA agents there.

“At the time (Lyndon B.) Johnson was president, and he thought Americans should know more languages. So he had these National Defence fellowships. I learned Arabic and Hebrew in graduate school on these fellowships and it was all paid for by the government.”

He learned Islamic law in Palestine and Israel. He couldn’t make a living there so when Cal State offered him a job in the religious studies department, he went back home to America.

Asked what inspired his travels, Prof Eisenman jokingly exclaimed: “I was a hippie! A beatnik!”

In reality, he was very much anti-Beat, even though he had met many of the proponents and exponents of Beat. Prof Eisenman had even stayed at the famous Beat Hotel in Paris from 1959 to 1960, and he still remembers seeing Burroughs there daily, and having encounters with the likes of Ginsberg and Gregory Corso.

Prof Eisenman doesn’t hide his dislike of them, calling them “criminals” and “low, street people”. He feels they ruined the great culture that America had. He considers the notebooks he kept during his travels as an anti-Beat manifesto. He professes a love for the “old America”, the time when George Washington and Abraham Lincoln were presidents, he loves the nobility, honour, generosity and high-mindedness of the old days, and has great admiration for Walt Whitman, Lincoln and Plato.

However, Prof Eisenman’s outspokenness has courted more negative opinions of him than he is comfortable with. He finds the words of his detractors painful and hurtful. And he doesn’t like to be labelled “controversial”.

Apart from challenging widely held views of the Dead Sea scrolls, Prof Eisenman has also written a heavy tome entitledJames the Brother of Jesus that presents a different look at the origins of Christianity. When the 2,000-year-old James ossuary (an ossuary is a limestone box used by Jews for storing bones) was unveiled in 2002, Eisenman was quick to label it a fraud.

All this may be seen as “controversial”, and some of his work has been called outlandish and eccentric, but Prof Eisenman prefers to be perceived as offering food for thought.

“Universities are there to extend people’s knowledge,” he said. “That’s why when I came (to Universiti Malaya), I could have just said stuff that, people have heard a hundred times before and left everyone happy. But I believe we should bring new information and new knowledge and let people think for themselves about these facts.”

Newly-discovered photographs of the Qumran excavations